When the Rise of Voldemort set was released on 1st August, I was able to get a copy and publish a review. The same day LEGO released their augmented reality “Ghost Hunter” series of set called Hidden Side. One of these sets is a graveyard, so I immediately thought this might go well with the Harry Potter set, which is rather small by itself. Let’s see how it looks…

Will they fit well together?

So one Sunday morning, I made myself a coffee and lined up the two sets: The Rise of Voldemort set 75965 and Hidden Side: Graveyard Mystery set 70420. 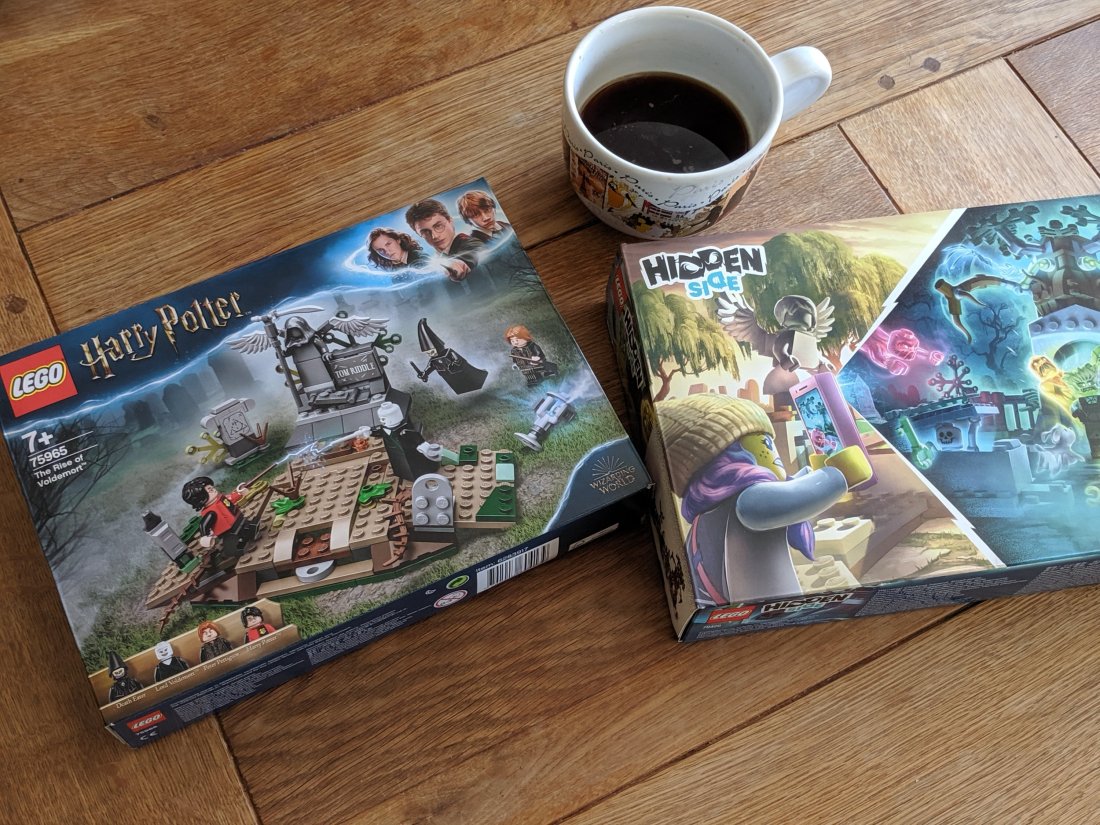 The Hidden Side set is slightly more expensive than the Harry Potter set, but also bigger. The front of the box doesn’t really show much what to expect, but on the back you can see that the colours used will probably work well with those used in Rise of Voldemort.

Being both bigger and a non-licenced set, it definately has more bricks in it (335 vs. 165 according to Brickset), and building it takes a decent amount of time. Luckily I had a big cup of coffee!

The end result looks pretty good. The set has a purpose being a haunted graveyard, hence the possessed tree and some coloured tiled at various locations is needed for the augmented reality app (where your phone or tablet makes your set come alive with ghosts you have to catch).

The graves in particular look like they will go well with the Harry Potter set. The dark tan ground matches that used in The Rise of Voldemort.

Putting the two sets next to each other works fine, though the tree does look a bit out of place. Also, it world have looked better to have the gate somewhere in the centre.

At this point I found that the Hidden Side set didn’t look that much larger at all and even have one minifigure less. It show that the Rise of Voldemort is a pretty good value for money set, in particular as it is a lisenced theme.

What about the Hidden Side app?

Before building this set, I had no experience with Hidden Side at all. Once completed, I downloaded the app and started it for the first time, and ultimately selected the Graveyard as you got to that point.

The app seemed to work well with the sets side by side, being able to recognise the outline of the official set. I was able to play the game and still have the Voldemort set showing up on the screen. Success! But later trying to split the set into three parts (to better position then around the Voldemort set), it could no longer find the outline and I couldn’t start the game. Putting it back together solved the problem.

So one should note that you can’t use the app if you build the set into something else.

Overall, the two sets look great side by side as hoped, though I’m not quite sure about the tree. I may rebuild that into a more normal tree, noting that it means I won’t be able to play with the Hidden Side app anymore for that set. But I am fine with that. 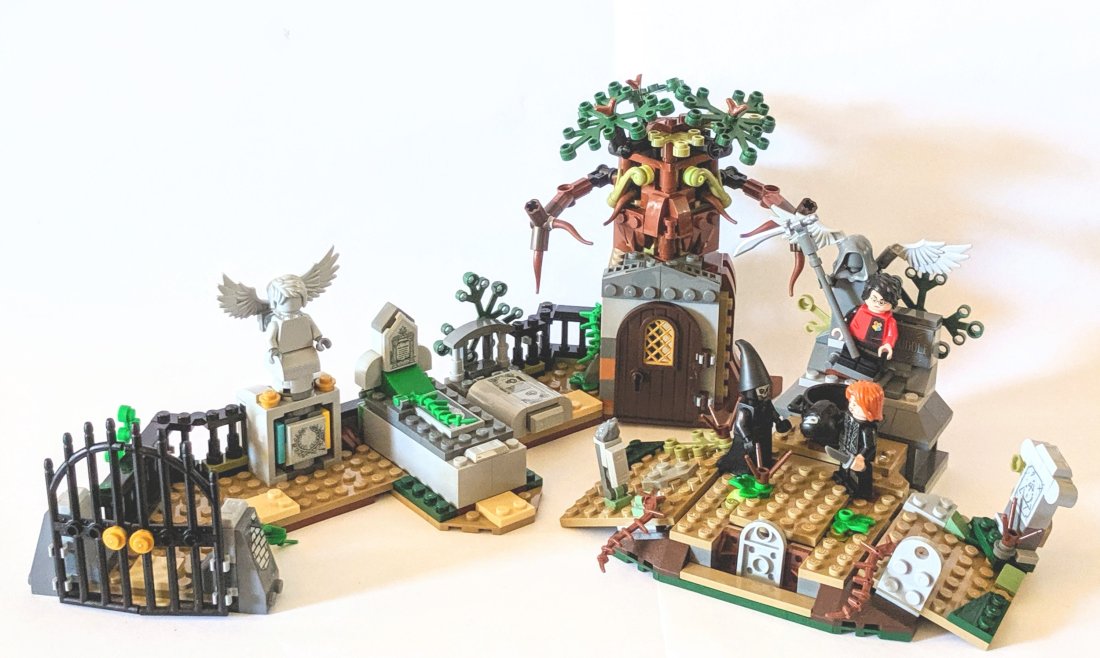 One thought on “Voldemort’s hidden side”