Back in September 2019 I visited Skærbæk Fan Weekend in Denmark. It is the biggest LEGO Fan Convention in Europe with more than 1000 LEGO Fans attending the convention and bringing along some really awesome displays. Here’s an overview of the models that covered the Wizarding World of Harry Potter universe in some way.

First up is Hogsmeade in winter by Jelle Spelt. 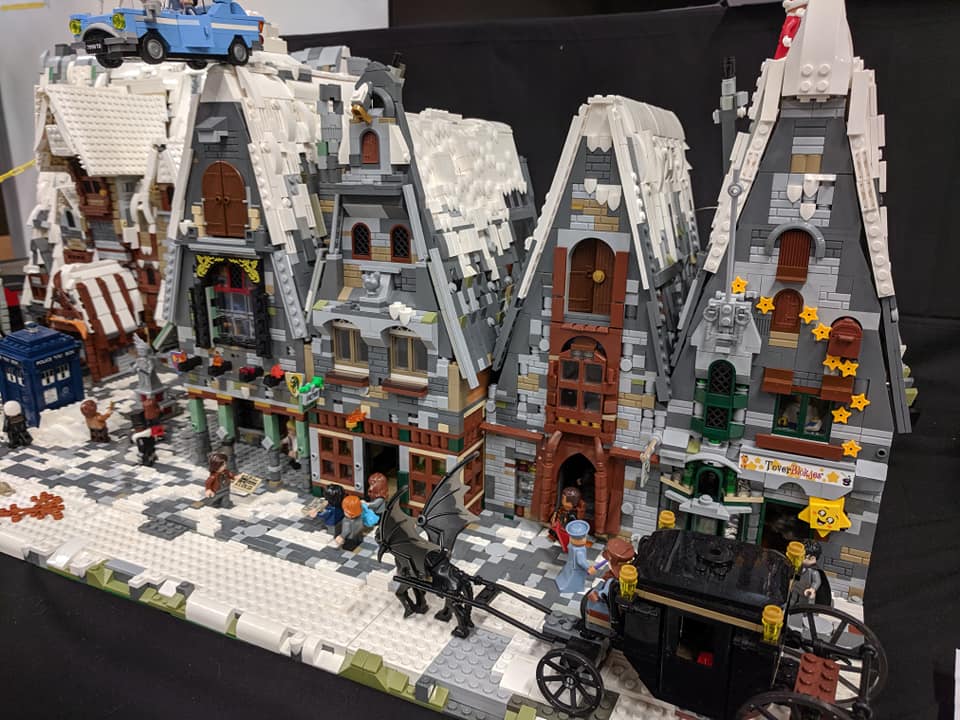 The houses are highly detailed. More photos in the gallery below.

Next up – and impressive both due to scale and detail – is the Hogwarts courtyard battle scene by Kiss Károly.

Within the courtyard, as shown below, you will see Harry fighting Voldemort, Professor McGonagall and her army of Hogwarts suits of armour (brought alive with the Piertotum Locomotor charm) and sadly, a grieving George next to Fred. 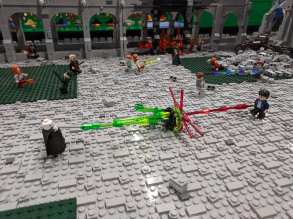 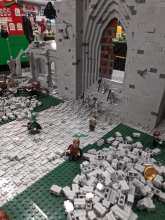 I don’t really cover Fantastic Beasts a lot on this blog, but this suitcase from the movie built by Ruhrpott Bricks is definitely worth a mention.

It is many times bigger than the official set (just visible to the right on the photo above) and packed with detail as the photos show. 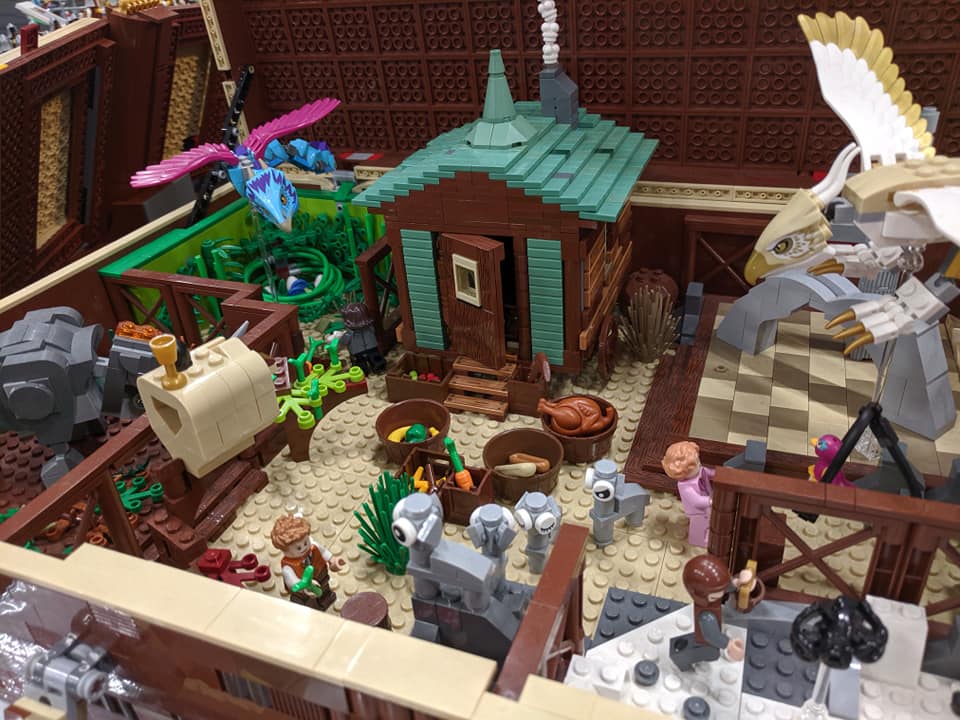 Continuing my tour around the displays I then came across this Hogwarts Express setup by Michel Koenen. 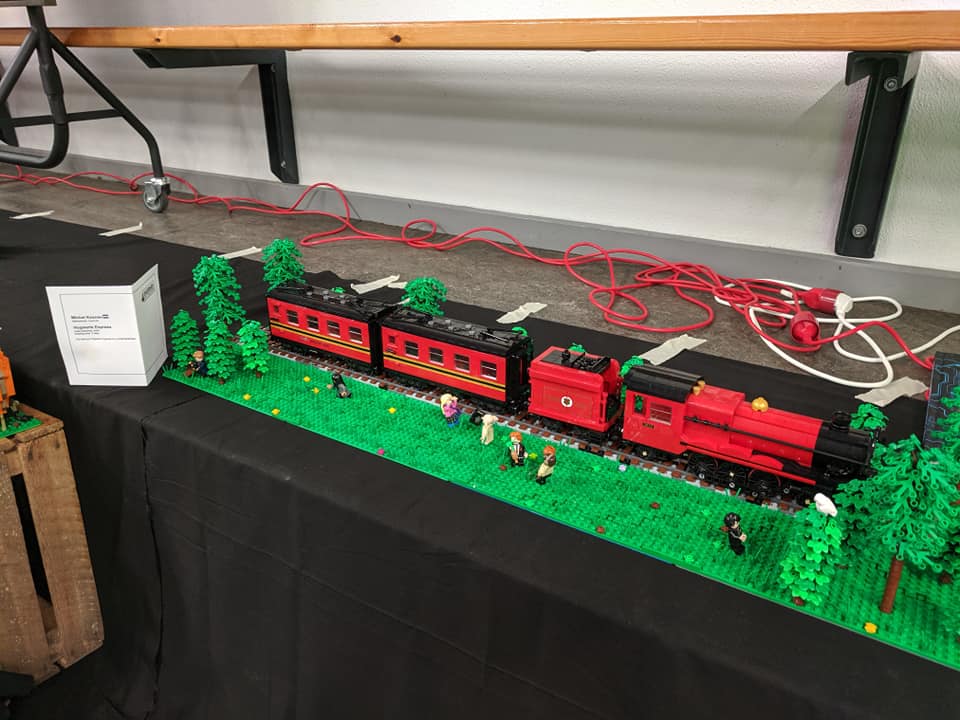 Apart from the detailed train and carriages themselves, it sits on a very nice scenery. 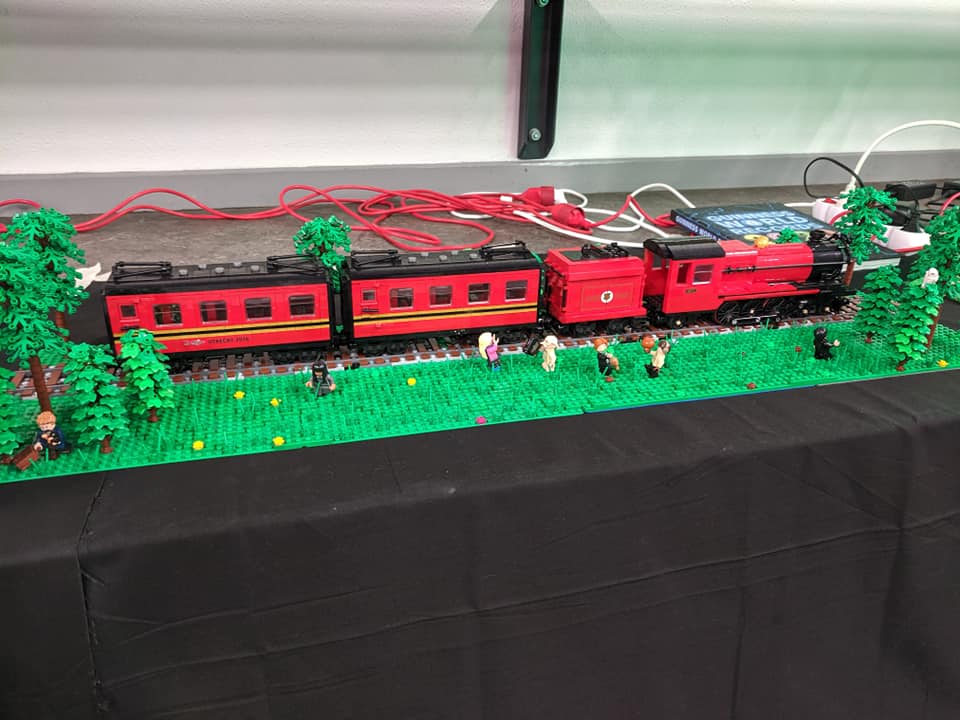 Finally, there was a series of different themed “Death Stars” each designed and built by Stein Hanse LUG, including one representing Hogwarts.

Unfortunately, I didn’t take any close up photo’s, but it can be seen in Beyond The Brick’s video below. There are some wonderful details in the different rooms.

It was an awesome experience being at Skærbæk Fan Weekend. I can highly recommend it and hope to be back next year. Below a photo with Jan Beyer, who is the main organiser of the Fan Weekend, and myself.

I hope you enjoyed the event review. More such features will follow during 2020 on the newly created Features page.

I love my Hogwarts Icons setup. The ticket is from the new Hogwarts Express set and Luna's glasses and the tall stand for there golden minifigures are from: https://blockwarts.org/instructions/ #blockwarts #harrypotter #LEGO #legoharrypotter #hedwig #legofun
Almost time! I've been looking forward to this for months! Follow our daily countdown to Christmas post on www.blockwarts.org
Happy Back to Hogwarts day everyone!
Ready for the countdown to Christmas? The LEGO Harry Potter Advent calendar review starts tomorrow at www.blockwarts.org #LEGO #adventcalendar #legoharrypotter #harrypotter #countdowntochristmas #blockwarts
Join 2,644 other subscribers