When the 2019 LEGO Harry Potter sets were revealed, there was one set I immediately knew I had to get. It was the smaller of them all, but with a brand new patronus, two dementors and a return of Sirius Black as minifig, it had me hooked. I bought it as soon as I could – did it meet expectations? Read on for my full reviews.

As all sets in the series, the boxart is attractive showing Harry fending off hordes of dementors from attacking Sirius Black. Apart from a shooting disk (representing casting the Expecto Patronum spell), the set doesn’t contain any play features and the back of the box is mostly taken up by an alternative photo of the main model. 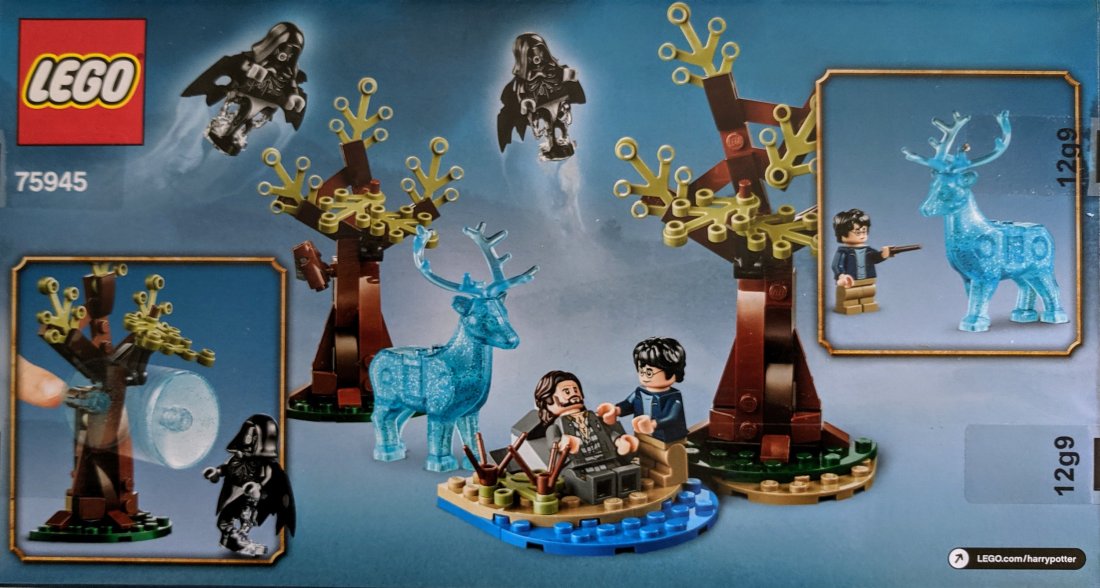 The box contained three small unnumbered bags, the bag with the stag patronus, a small package with capes for the dementors, and the instruction manual. No stickers, yeah!

The set includes no less than four minifigures as well as the stag patronus. Let’s start with the figures.

Sirius is the figure of most significance here. It is only the second version of Sirius Black as minifigure ever, and a very welcome return. The previous version came with the two 2004 sets Sirius Black’s escape (set 4753) and Shrieking Shack (set 4756), but is rather limited in detail compared to what you have come to expect today. And the 2004 version is getting rather expensive to buy. 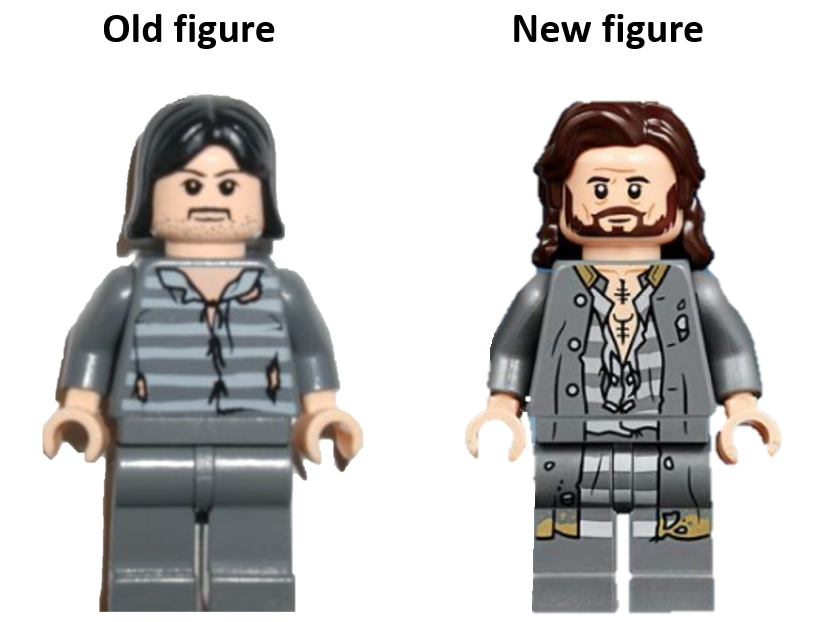 Harry same as in Hagrids Hut: Buckbeak’s rescue set. While it is always nice to get different figures, using the same is entirely appropriate as the scene in the books happens later than night and Harry probably wouldn’t have changed his clothes.  In fact, having two identical is great if you really want to recreate the scene where Harry saves Sirius.

The inclusion of two dementors is great as the ones from the early sets (2011 and earlier) are hard to get and the Hogwarts Express set from last year (set 75955) only included one. Some already refer to this set as the “dementor battle pack” and it will be a great way to create an army of dementors. The dementors are well made using the “ghost” legs well to give a floating apperance. The are almost identical to the one included in the Hogwarts Express though for some odd reason they have been given light bluish grey hands rather than black as the one last year had.

Both Sirius and Harry comes with alternative facial expressions – so the can either be happy or angry/determined (as when fighting dementors).

Both Sirius and Harry comes with torso’s that has printing on the back too. While less detailed than the front, it is appreciated as it gives a more complete look overall.

I’m addition to the minifigures comes the Harry’s patronus: the stag. It is absolutely beautiful in the trans light blue colour with glitter. Many may buy the set entirely to get this one. 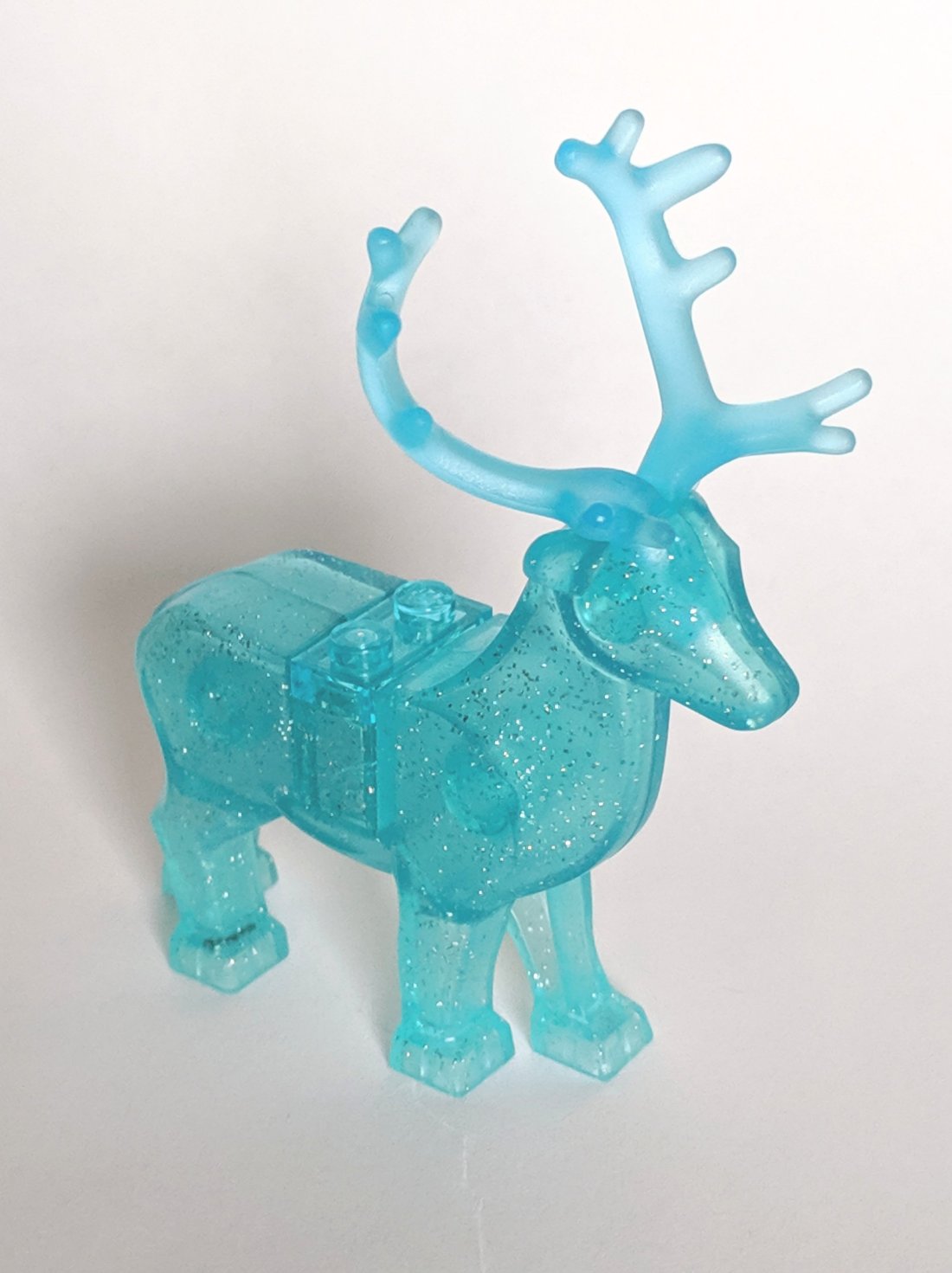 While the figures in my opinion are the main selling point, let’s not forget about the landscape. The set comes with a small section of the Forbidden Forest.

The larger section of the landscape include a tree and a piece of lake shore, representing the scene where a large horde of dementors close in on Sirius Black to give him the “dementor kiss”. A small piece of rock is nicely sloped for Sirius lying down.

The second part simply consists of a tree, though this one has a stud-shooter added on the side, which can shoot a trans light blue disk. It doesn’t shoot far, and you need to turn the tree around to aim it at dementors, but the inclusion will probably appeal to kids playing with the set nevertheless. 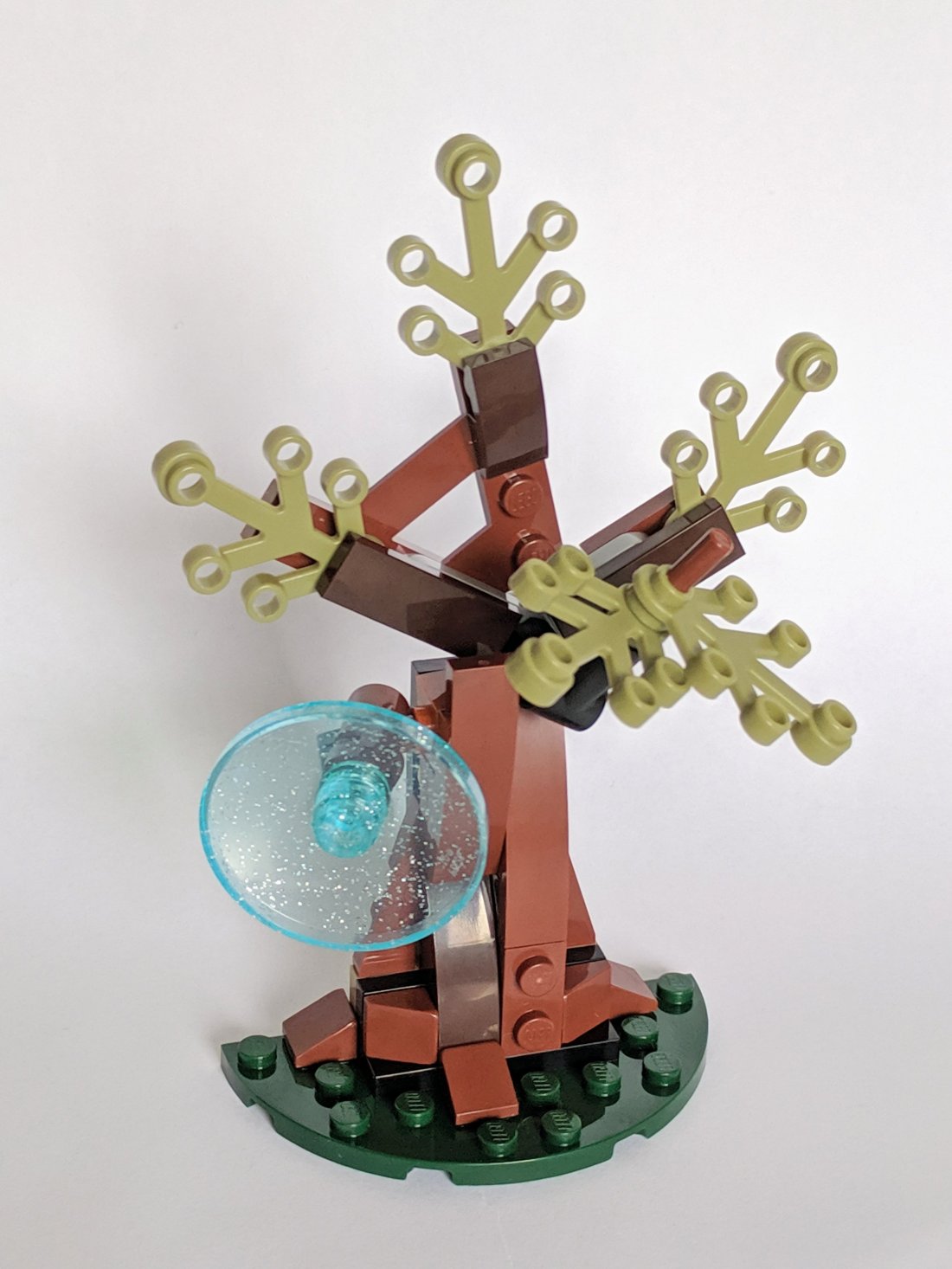 The trees are built sideways with plates covered with curved slopes. It is refreshing to see new techniques like this making it into official LEGO sets. The colour selection nicely reflects a dark forest at dusk.

While I really like how the trees are built in a new way, and how they look from the front, it should be noted that the back of the trees is pretty ugly in comparison. It doesn’t matter for kids play – or any display where only front and sides are visible, but they are not that suitable for any display viewable from all sides.

Not as pretty as the front!

Apart from the back of the trees, it is hard to find anything bad to say about this set. Price is great for the figures you get, the patronus stunning and the included landscape, while small, is a great representation of the scene recreated.

With that, I’ll finish close of this review. Check out my other reviews on my new reviews page. I now need to chase up more of the new sets (and finalise my next Diagon Alley MOC).

Till next time, build the magic!