Already the opening scenes of the movies introduce us to number 4 Privet Drive, with Harry being delivered on the doorstep of the house that would become his home after the tragic death of his parents. While Harry hated his time there, the home was an integral part of the story and some of the most memorable scenes happened there (poor aunt Marge). As result, 4 Privet drive has both been released as an official set and been built by many fans as well, as we shall look at here.

When Harry was left at the doorstep of number 4 Privet Drive, and (though reluctantly) taken into care by his maternal aunt, it sealed powerful blood magic that would protect Harry until his seventeenth birthday.

So even though the Dursleys hated him (and he hated them), their home had provided him safety since he was picked up from the doorstep.

Outside the house in Little Whinging, he was still in danger , we learned in Harry Potter and the Order of the Phoenix, where Harry and Dudley were attacked by dementors on a nearby pathway. But when in the house, Voldemort and his death eaters couldn’t touch him. As he turned 17 though, the magic broke and therefore the Order planned to bring Harry to safety before that. I wrote about this in The battle of the seven Potters.

The Dursley home was the centerpiece of Escape from Privet Drive (set 4728) from 2002 along with a model of the Ford Anglia used by Ron, Fred and George Weasley to “rescue” Harry from the Dursley’s to bring him to the Burrow.

While the model of the house is not a particular accurate representation of the movie location, it does include the cupboard under the stairs (Harry’s home in the first movie) and Harry’s bedroom upstairs, where he stayed in the second movie – complete with a play feature allowing the window to be pulled out of the wall so Harry can escape with the Weasleys.

While not a set, another “official” representation of Privet Drive was model presented in the excellent Dorling Kindersley (DK) book “Harry Potter – Build your own adventure book” from 2019. It was on one of the pages released as teaser ahead of the book release as shown below. The following page showed examples of the house interior to be built, including the lounge and cupboard under the stairs.

But wait, there is more! Even more exiting (potentially) is the rumoured return of 4 Privet Drive in the 2020 Harry Potter sets as discussed by Brick Fan. I assume we soon we have the 2020 sets officially revealed, with expected availability from mid year. I’m looking forward to see how close my own predictions were.

Our own 4 Privet Drive models

We have had a model of 4 Privet Drive since 2018, a model designed by Russell to fit on our large Harry Potter display. Wanting to cover all important locations from the books, we were limited on space and as such the building model reflected the limited space available, but captured the look of the actual building used in the movies well.

I subsequent built a similar copy to Russell’s to display side by side for when taking photos for my Battle of the seven Potters post as reproduced below.

I’ve subsequent used it for smaller exhibitions, often displayed with flying car hovering next to it, when Harry was rescued by the Weasleys in The Chamber of Secrets. More recently, I added lighting to both house and car for extra effect.

It was for this scene I also created a Vernon Dursley custom minifigure.

When posting some of these photos, I was asked it the house had an interior. And it didn’t. But I liked the idea so much I started sketching out how I could do it eventually – but I couldn’t stop with that. I had to create an updated model as shown below.

Meant to be slightly larger and including a staircase inside, it grew beyond that to a major update, adding detail to roof (in particular). Here are a few more photo’s of the outside – including my custom Dursley figures.

But the big improvement is the addition of interior, including not only the staircase mentioned above, but also both the lounge (with fireplace) and Harry’s bedroom upstairs. Harry’s bedroom can be removed for better access/view to the lounge underneath.

I really like how it turned out, but it required a lot more parts than originally thought.

But many others have built amazing models of 4 Privet Drive.

Firstly, Lukas has built an impressive model a while back, with a number of photos available on his Flickr page, including one showing custom figures of the whole Dursley family. 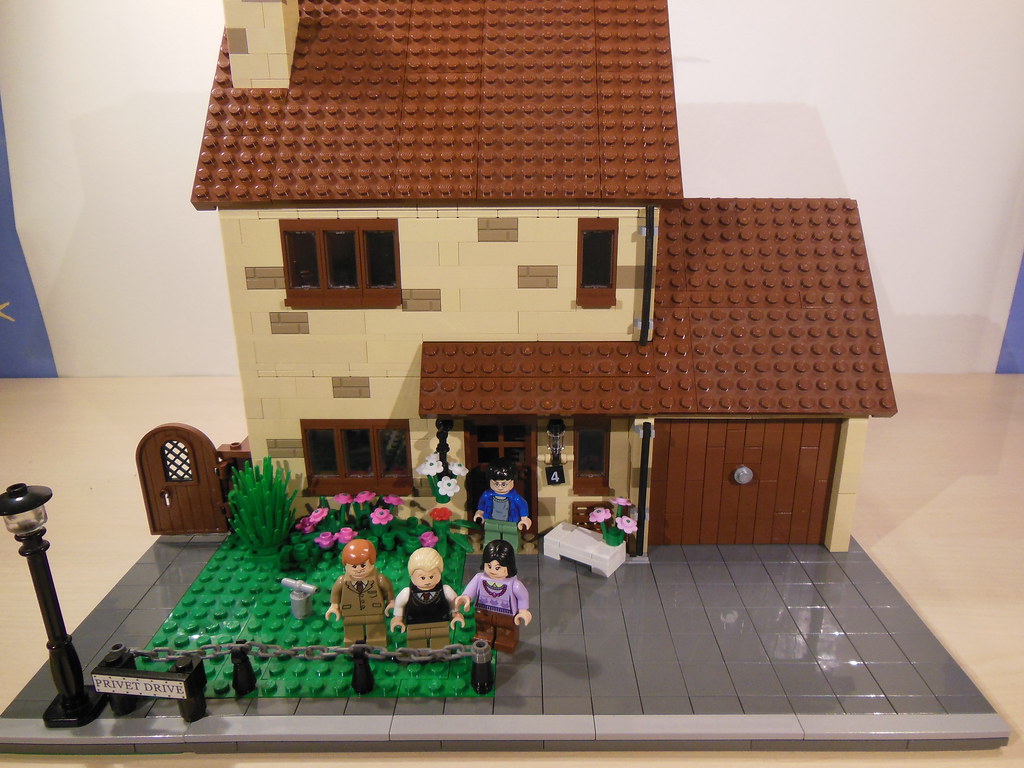 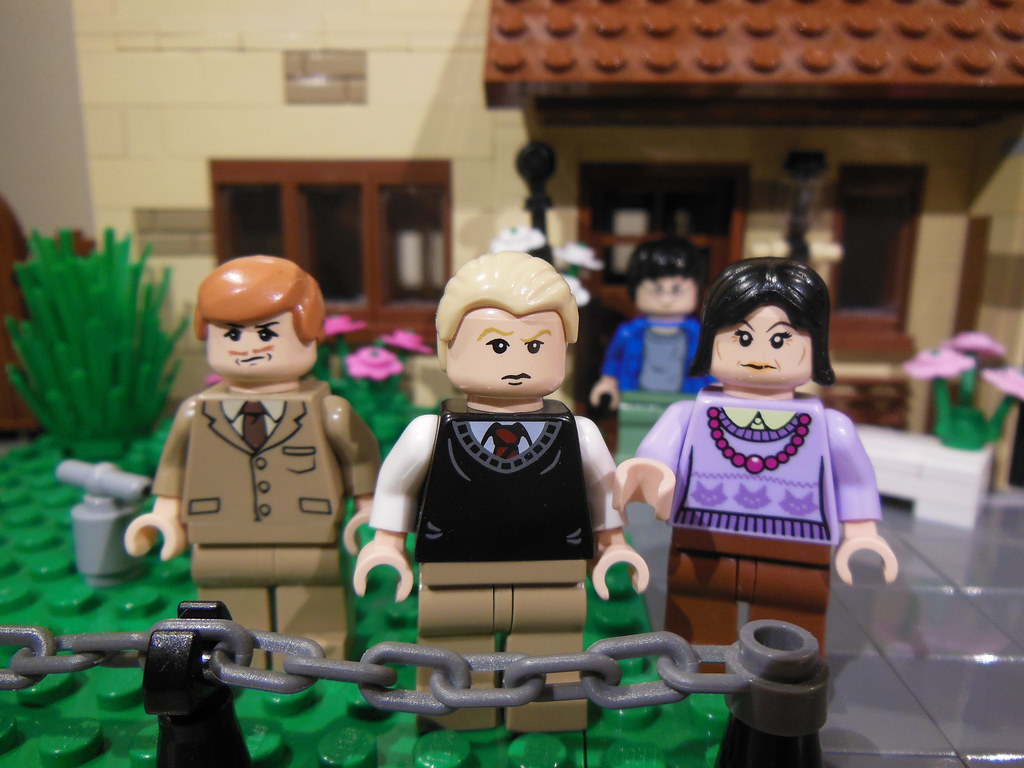 Another model, shown below, was designed by Brickboy8102 and submitted to LEGO Ideas’ Magical Builds of the Wizarding World competition.

Finally, those who are space constrained may consider this impressive microscale model as alternative, which a user has uploaded to Bricklink.

Firstly, I’m looking forward to bring my updated model to a small exhibition at Oasis Shopping Centre on the Gold Coast this weekend along with my Diagon Alley model. Keen to hear any feedback on both!

And just as interesting, will the rumours that a new official 4 Privet Drive set is coming be true? I’d love to add this to my collection. I would expect the 2020 sets to be revealed shortly and I have my fingers crossed!

Almost time! I've been looking forward to this for months! Follow our daily countdown to Christmas post on www.blockwarts.org
Happy Back to Hogwarts day everyone!
Ready for the countdown to Christmas? The LEGO Harry Potter Advent calendar review starts tomorrow at www.blockwarts.org #LEGO #adventcalendar #legoharrypotter #harrypotter #countdowntochristmas #blockwarts
"The Shrieking Shack - the most severely haunted building in Britain”. Would you trick or treat there at Halloween? #harrypotter #LEGO #legoharrypotter #blockwarts #theshriekingshack #halloween
Join 2,644 other subscribers