It is also exactly one year ago I posted the first blog post on http://www.blockwarts.org. This is a few months later compared with when Blockwarts started on Facebook, but marked an important shift to broader and longer content about everything LEGO in the Harry Potter universe.

So a very special day indeed. Read on to see what the year have brought…

So what did the year bring?

This post is number 48, so almost a post a week, realising that the frequency has varied a lot over the year. Another thing that varies a lot is the number of views each post gets.

Here’s a list of the most five popular posts:

Rumours seems to a hot topic – and information about upcoming sets! It is great to see a couple of my MOC’s making the list too, with my two Diagon Alley models Weasley Wizard Wheezes and Flourish and Blotts both making the list.

In the other end of the scale, some posts didn’t get that much attention. By views, the three least popular posts (excluding the few posts I did reflecting on the blog than providing any real content) were from the bottom:

I’ve learned from observing what works well and what doesn’t – such as the importance of the cover photo and intro text. And for reviews, they get the most interest, when just released.

What did the year bring?

Writing 48 posts takes a lot of time! But the year has been full of lots of fun, and the work put in as paid off with one particular highlight being meeting up with LEGO designer Justin Ramsden, who designed the big microscale Hogwarts (see the story here).

It has also been absolutely awesome meeting all the Harry Potter fans at the local LEGO exhibitions, where we have displayed either our big Hogwarts display, or some of the many smaller Harry Potter models we have built, such as the recent Diagon Alley MOCs.

By this time of posting this, Blockwarts is closing in on 1200 followers on Facebook and Instagram, which hasn’t been used that much till lately, is moving quickly and will probably get to the 300 mark in the next month if not earlier.

More important is the number of visitors to http://www.blockwarts.org, which has grown steadily over the year. This month in particular has been great with a record number of views and visitors – almost double that of precious record set back in April.

When you can see that what you do is appreciated, it gives you energy to do more. So much more content is planned on the website in the months to come.

Over the last year, I’ve added different sections to the website with the instructions page by far the most popular in terms of views. This is followed by the reviews page, while the very new page on locations, has some way to go, but is picking up as more and more locations from the books and movies get described.

Otherwise, I hope to improve on the quality of the photo’s and will be posting more of them regularly on Instagram. If time allows, I am also keen to upgrade the look and feel of the website itself.

But before all of that, tomorrow is the official date for the release of the second wave of LEGO Harry Potter sets in 2019. I’ll be reviewing both sets in the next few days.

Till then, enjoy the birthday celebrations and Build the Magic! 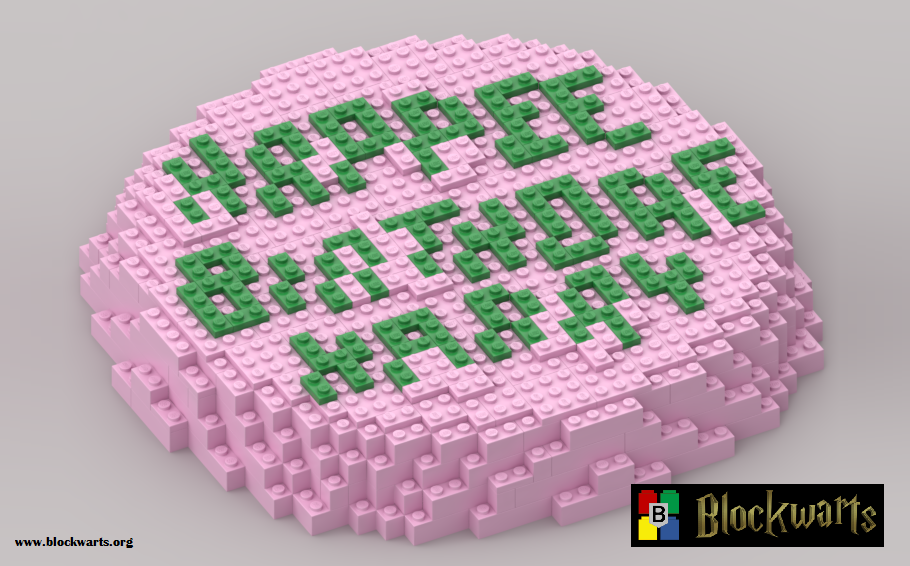 One thought on “Time to celebrate!”